Information excerpt from: The Klamath Chamber of Commerce Website

Klamath County is proudly the “Home of Crater Lake National Park”. Klamath County is also the fourth largest county in Oregon encompassing more than 6100 square miles. Considered high desert, the region basks in an average of 300 days of sunshine per year. Klamath Lake, which covers 133 square miles, borders the city of Klamath Falls on the north and is the largest natural lake west of the Great Salt Lake.

Prior to official status in 1882 and long before the Great Migration in 1843, indigenous people were attracted to the easy life of southern Oregon in the Klamath Basin. Adapted to the marsh and riverine environment, the Klamath and Modoc cultures thrived. Immigrants began to arrive and the Oregon volunteers established Fort Klamath in 1863. The town of Linkville was platted along a short river linking two large lakes. In 1893, the name was changed to Klamath Falls.

The coming of the railroad in 1909 changed the economic climate. A means to ship goods was provided and the region developed its timber and agricultural resources rapidly. Today, unlimited recreational activities abound. Mountains, lakes, streams, and the high desert offer experiences ranging from mountain biking to fly-fishing. Cultural activities proliferate in theaters, museums, and historical attractions. A progressive community, Klamath Falls has an active downtown redevelopment program. A community action plan was developed and published in 1992 to set goals through 2002. Hundreds of local citizens participated.

Klamath Falls is classified as high desert with total precipitation averaging 18.05 inches annually including snowfall averaging 38.5 inches annually. Framed by the Cascade Mountains on the west, at an elevation of 4,105′, the humidity is low and temperatures seldom rise above 100.

We Check All Your Boxes!

Our Reputation Speaks for Itself!

Celebrating 30 years of being committed to providing the best customer service possible! Our A+ rating with the Better Business Bureau proves this! When you buy land from us, you can rest easy knowing that you're buying from people with a proven track record of 30 years of excellent customer service! 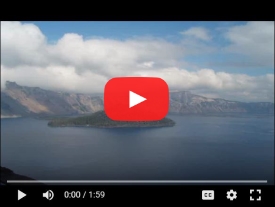 Looking for a place to build your brick and mortar business in a booming area? Intersection of N.W. Glencoe and N.W. West Union Road. Priced at $230,000. COMMERICAL LAND NEAR PORTLAND OREGON! .75 Acres North Plains, Oregon